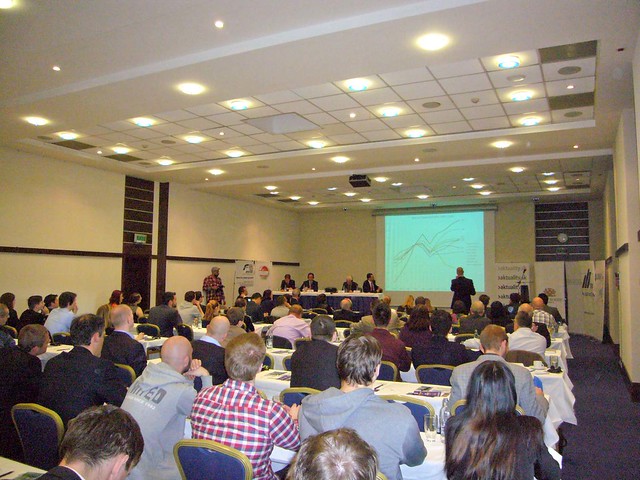 Our local partners there were the Slovakia-based INESS, led by Radovan and Richard Durana.

Many features made this stop of the Road Show a very special one, from the extreme hospitality of the local organizers to the huge audience that attended. Nonetheless, Gabriela von Habsburg’s opening keynote speech was perhaps the most informative aspect of the day.

Archduchess Gabriela of Austria raised awareness about the security problems Europe is currently facing – and its political elites are ignoring. “Europe is under threat. Its borders are not secure”, she said referring to the conflicts that Russia has started both in Georgia and in Ukraine. Moreover, she explained that the same modus operandi was followed by Vladimir Putin in both aggressions. On top of this, Archduchess Gabriela pointed to the facts that NATO troops are no longer trained for a continental conflict and Russia is out-spending Europe militarily. Furthermore Russia is able to mobilize 100-150.000 troops within 72 hours whereas NATO will be able to mobilize 5.500 by 2016.

She closed her speech with a warning: “Europe is prosperous but very weak in defense. And being rich and weak is very dangerous”.

Panel I focused on growth. The successful Austrian entrepreneur Manfred Kastner presented a very stimulating and optimistic view. He claimed that “the only revolutionary power is the power of creativity”. He is a staunch believer that Humanity’s best days are still ahead of us and that we are on the brink of a huge transformation driven by innovation. Nowadays, “the only capital is human capital”, he said.

He closed his remarks leaving a message for the people who are thinking of launching a start-up: “Before you create a product, it is a crazy idea for 99.9% of the people, once successfully on the market people cannot do without it – but it is a long way”.

Panel II dealt with the topic of entrepreneurship. Leos Novotny opened it telling his experience with Leo Express, Czech Republic’s only private railway company. This male Dagny Taggart fights against decades of state-owned trains: “The result of 100 years of governments running trains is that people do not like trains”. He is openly trying to denationalize trains and he is even partnering with Uber to create “a non-state door to door solution”.

Then came the turn of Ivana Molnárová, from Profesia, who criticized the bureaucracy which torpedoes the labor market in Slovakia. For instance, to employ a person for 12 months one needs 84 documents in total. What is more, if these regulations are not met to the letter, the penalty is a huge fine.

Last but not least, Roland Fritz from the Austrian Economics Center provocatively spoke about the relationship between lack of religious beliefs and stagnant economic growth. Historian Niall Ferguson and economist Robert Barro have studied this issue reaching the conclusion that the decline in religiosity negatively impacts growth. Could this be the reason for the rachitic numbers post-Christian Europe shows?