A deep discussion about Turkey, the EU and the current Ukrainian crisis took place at the Istanbul Commerce University during the FMRS in the city of two continents. 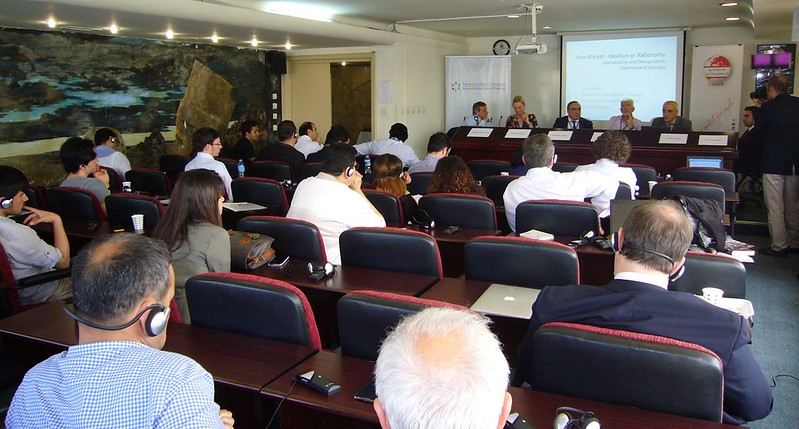 The first panel focused on Turkey’s economy. Ünsal Ban presented a more than optimistic vision concerning the Turkish economy. According to Mr. Ban, “exports form Turkey have reached U$D 150 billion which is one of the signs of a raising country”.

However, Ünsal Cetin from the Ankara based Association for Liberal Thinking (ALT), expressed some concerned about his country’s economy. The liberal economist brought attention to the fact that between 2003 and 2013 the Consumer Prices Index went up 140% and that during the same period one million new public employees were hired.

A more political view on Turkey was brought by ALT’s Prof. Atilla Yayla. “If we want the state to respect freedoms”, said Yaylla, “the society must develop in a way that makes flourish these freedoms”. And he added: “The state emanates from a certain social structure”. According to him, Turkey exhibits positive and negative signs. Among the positives he mentioned that the Kurdish issue is being dealt with and the “taboo” Armenian problem is being discussed. Nonetheless, he warned about the attacks on freedom of expression and the polarizing style of the government. 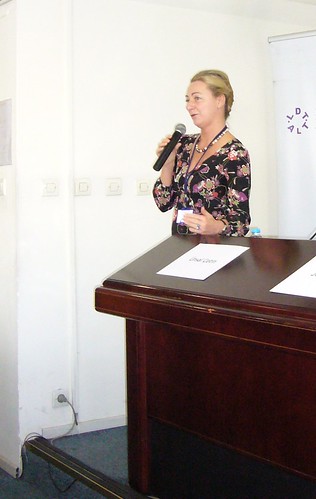 Finally, Krassen Stanchev made the case for a different approach to the crisis in Ukraine. “The EU could have unilaterally liberalized trade with Ukraine”. Why? Because this would have not only helped its economy but would have been a powerful symbol –a light at the end of tunnel– for many of the Ukrainians.

Stranchev believes that this would also be the correct path for the EU itself. Thus, “if we do this with Ukraine, Turkey, Georgia and North Africa, the EU will be a much better place. It will become a customs union and not a supranational mega state”.

The Austrian Economics Center (AEC), in cooperation with the local partner Association for Liberal Thinking, and in association with international partners such as the Liberty Fund, Global Philanthropic Trust, European Students for Liberty, Ruefa and the F.A. v. Hayek Institut, proudly organized this event in Istanbul. This was the twenty first stop of the 7th Annual Free Market Road Show® which tours from March 26th to May 12th. 30 cities, hundreds of speakers, thousands of attendees and one message: Freedom.