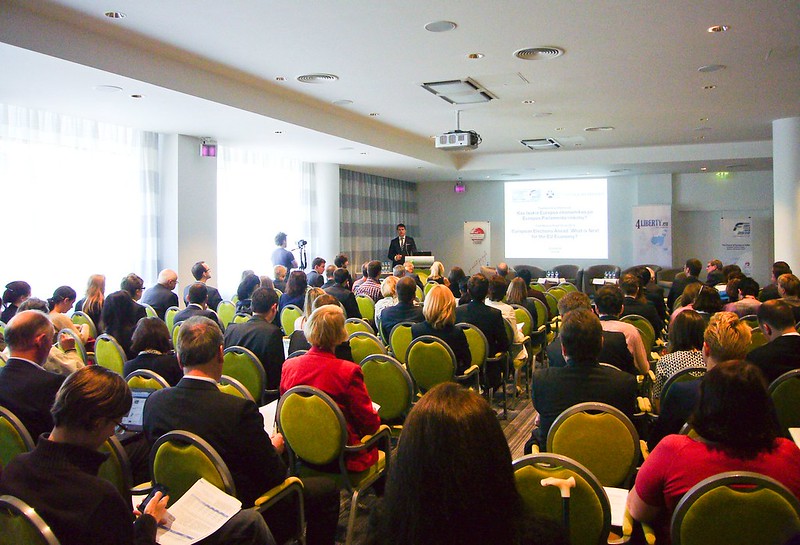 As part of its thirty cities tour, the FMRS went to Vilnius, Lithuania. It was the panel on the European elections that was the most prominent of this stop. Much of this special attention was due to its key note speaker: renowned economist Enrico Colombatto.

Colombatto focused his analysis in two main issues, namely: the mega supranational project and the raise of Euroskeptic parties.

“The common market area had no problems of legitimacy. The legitimacy issue came up when political union arose”, told the Italian university professor who immediately denounced EU ways: “Brussels uses ‘fairness’ and rent seeking as primary tools to achieve its centralizing agenda”. The latter is clearly shown by the fact that 30.000 lobbyists work in Brussels. On the former, Colombatto unequivocally shot: “Fairness means theft in the name of social justice. It has always meant higher taxes”. 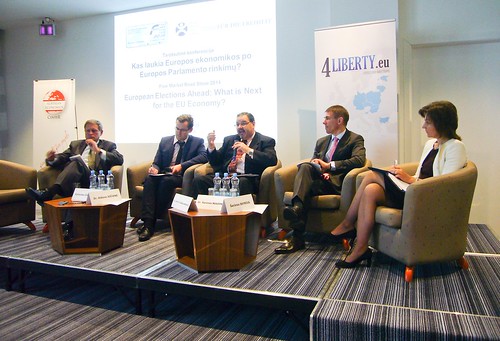 He dedicated the rest of his speech to some of the alternatives against the Europhiles. Needless to say, Colombatto depicted an appalling political scenario: “Most of the so-called ‘independentist parties’ are not for free markets. They are plain populists. They want higher protectionism and a bigger welfare state”. He went on by saying that “they [the populists] are for targeted redistribution”. He concluded his critical remarks by saying that “the populist alternative for the Euro is not sound money, is not the Gold Standard. What they really want is an active monetary policy and we all know what that means”. 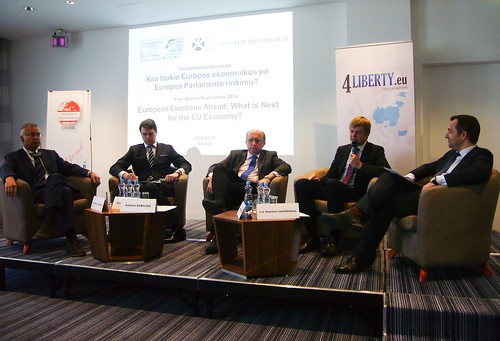 To this extremely dark picture, Lithuanian MP Remigijus Šimasius added that “Europe is in a state of decadence”. The reasons? According to the libertarian MP there are “two ideas of Europe: one is about progress, freedom and human rights; the other is the ‘EU’ idea” with centralization and stagnation as key features. However, Šimasius was very optimistic about the role his country can play within Europe: “Lithuania can wake up faster from the EU nightmare and make the European dream live again”. 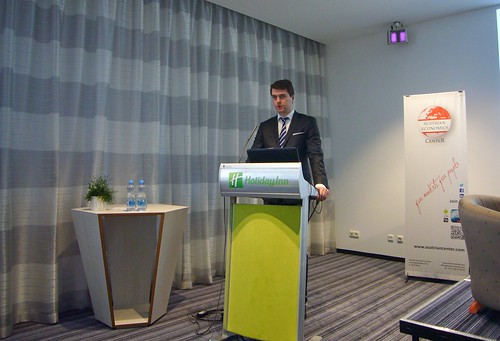 The Austrian Economics Center (AEC), in cooperation with the local partner Lithuanian Free Market Institute, and in association with international partners such as the Liberty Fund, Global Philanthropic Trust, European Students for Liberty, Ruefa and the F.A. v. Hayek Institut, proudly organized this event in Vilnius. This was the eighteenth stop of the 7th Annual Free Market Road Show® which tours from March 26th to May 12th. 30 cities, hundreds of speakers, thousands of attendees and one message: Freedom.