The Free Market Road Show paid a visit to Tbilisi, May 1st

“Europe is becoming a ‘museum’ society”

A lot went on last May 1st during the FMRS stop at Tbilisi, Georgia. 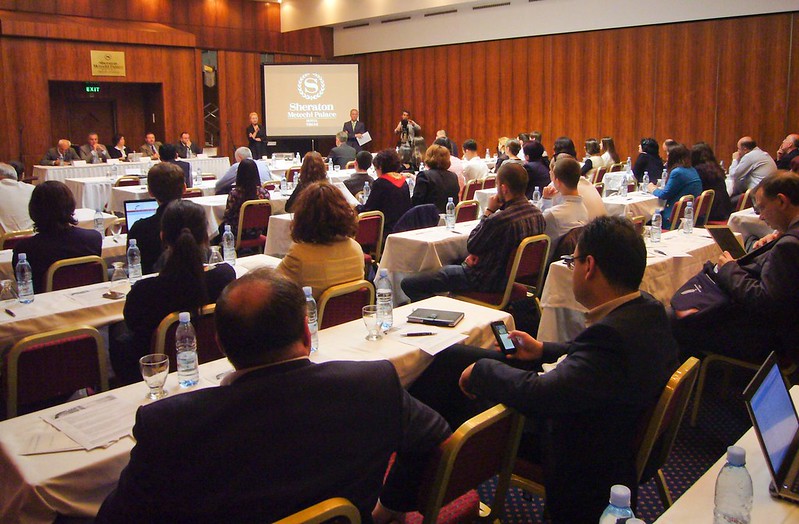 Firstly, American journalist John Fund, a regular contributor of the “Wall Street Journal”, reflected about the state of European youth. According to Fund, due to welfarism and government entitlement programs, “there is a war on young people in many of the European societies –a war for resources and influence”. Fund pointed to the situation that –because of youth unemployment– many are leaving not only their countries and the European Union. What is more, this young people in search of opportunities are moving to former colonies such as Angola! He also said that the EU project poses many dangers for countries such as Georgia. Cases in point: Spain, Portugal, Greece, France… 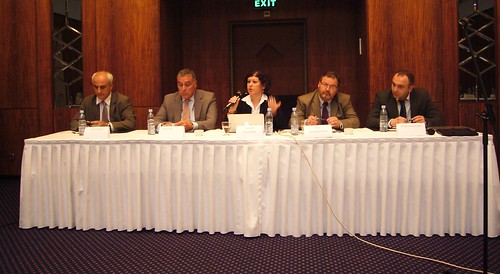 Fund sentenced: “Europe is becoming a ‘museum’ society with no innovation and determined resistance to change”.

This was followed by Greek-American economist John Charalambakis implacable critique of the EU. “Like Chronos”, he stated, “the European Union is eating its own children”.

Charalambakis saved some remarks to criticize how governments work: “What are the characteristics of government?”, asked the economist who quickly replied, “that it is wasteful, inefficient and corrupt”. 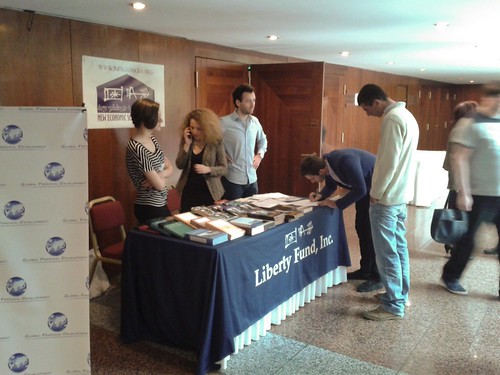 Finally, local freedom fighters, Paata Sheshelidze and Gia Jandieri pondered on their own country. Jandieri, in a very pragmatic manner, asserted: “It is better to do business with the EU than Russia. Don’t believe me? Just try”. Sheshelidze, in turn, referred to Ludwig von Mises when he said that “progress cannot be centrally organized” and the most important challenge that Georgia faces is whether or not the country will allow its people to become entrepreneurs.

The Austrian Economics Center (AEC), in cooperation with the local partner New Economic School, and in association with international partners such as the Liberty Fund, Global Philanthropic Trust, European Students for Liberty, Ruefa and the F.A. v. Hayek Institut, proudly organized this event in Tbilisi. This was the twentieth stop of the 7th Annual Free Market Road Show® which tours from March 26th to May 12th. 30 cities, hundreds of speakers, thousands of attendees and one message: Freedom.