Detecting the entrepreneurship enemies in Zagreb!

On July 1 2013 Croatia joined the European Union and became the 28th member state. Their positive expectations weren’t met, instead they found a number of countries desperate for economic prosperity and facing financial difficulties. On April 27 2015 the Free Market Road Show took place in its capital Zagreb at the Economic Faculty to discuss “How to crate growth” in cooperation with the Center for Renewal of Culture and the Financial Club. 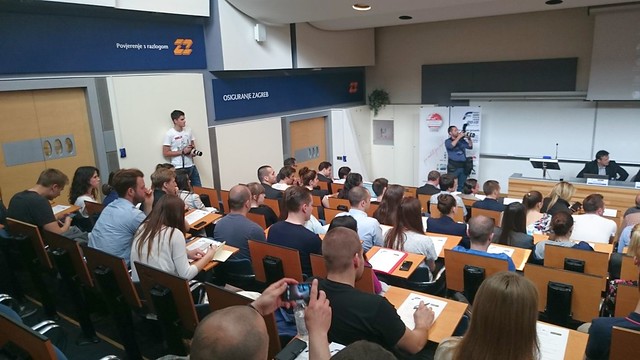 “We need to think outside the box and towards a freer economy” was the main message of Stjepo Bartulica (Center for Renewal of Culture) in his opening speech. The conference host, Prof. Jurica Pavicic (Pro Dean for International Cooperation and Accreditation) appealed to the guests to improve the cooperation between institutions in the field of economics and development.

The first panel covered the phenomenon of “innocuous growth” and how to move from stagnation to robust recovery. In the keynote speech Prof. Hardy Bouillon (Former Deputy Director at New Direction Foundation) claimed “growth leads to better consumption and investment relations”. For him the greatest love is self-love, he undermined this statement with quoting Adam Smith’s Theory of Moral Sentiments, “everybody wants to improve his lot”.

The phenomenon of “innocuous growth” – how to move from stagnation to robust recovery, were the issues covered in the first panel. Insightful intro came from the Keynote Speaker, Prof. Hardy Bouillon (Former Deputy Director at New Direction Foundation) who claimed that “growth leads to better consumption and investment relations”. Then, he quoted Adam Smith “everybody wants to improve his lot” (Theory of Moral Sentiments) and spoke about the greatest love – self love. Bouillon also said that economic growth only has positive effects if there is enough left for reinvesting. He showed an simple example from agriculture, you must not eat all potatoes but keep some as seeds for the next harvest.

For Kate Sheehan (Post-doctoral Research Associate at the Free Market Insitute) the quality of the institution is crucial for creating growth. She said that Croatia didn’t grow economically lately, only the government grew, which is harmful in the long term because “if we have a bigger government, it means higher taxes, more bureaucracy, and more corruption”. Pieter Cleppe (Open Europe) added another dimension to the discussion by presenting real examples of the decision-making process in Brussels. He said that “2/3 of the rules in the EU are made in Brussels, costing 3000 billion Euros, and showing its strong monopoly position”. This emphasizes his major concern, the increased centralization and the bypass of the national governments asking for awareness and mobilization within the member states.

Velimir Sonje (Economic Analyst, Arhicanaltika), one of the local speakers, talked about his concerns about Croatia’s GDP, which has suffered the biggest decrease after Greece’s GDP based on the drop of cumulative deficits. For him the legacy of socialism in the Croatian system is responsible, “the interest groups penetrate and run this system for their own economic benefits”.

Panel II’s topic was “Entrepreneurship and its enemies”. Matt Kibbe (President & CEO of Freedomworks) started his speech with saying “We left behind the concept of central planning, today we live in the era of social media. There is no space for pessimism, you need to be happy that you are free to do what you want. That’s a luxury we couldn’t afford in the past. Thus, you need to use it and change things”. He also referred to the libertarian concept: “people achieve the peak when they are left to do what they want freely using their abilities, preferences, and skills”. He closed his speech with alluding to Mises’ definition of entrepreneurship, “entrepreneurship is perceived as something that will bring you money. But it’s more than that”.

Andrej Grubisic (Financial Advisor, Grubisic&Partneri) presented his perspective on how to deal with the problems that entrepreneurs face regularly in Croatia. For him “the inequality between the public and private sector is very clear”. For Richard Zundritsch (Board Member of the Hayek Institute & Austrian Economic Center) the problem doesn’t root in the financial crisis but in the government regulations and high taxes. These were also the main threat to his first company. Therefore he is even more optimistic, as he sees “the awakening of the entrepreneurial spirit in the younger generations as the vital factor for change”. Kerry Halferty Hardy doesn’t see this kind of awakening for France, to which she refers as “Nanny State”. “Employment in the state is the dream of the majority of students in France and the entrepreneurial spirit is decreasing and discouraged”, she summarized.

The third panel was held in Croatian, with local speakers discussing about the “Misconceptions about Welfare State and Socialistic remains as the obstacle for the Croatian economic growth”. 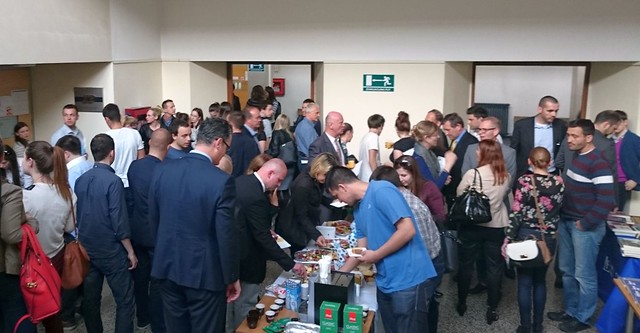