Crony corporatism under fire in London

Our Free Market Road Show second week could not have had a better start. Monday April 20th we organized the London stop together with the Centre for Policy Studies (CPS) and the portal CapX.

Held at the magnificent Institute of Directors, with a very strong program featuring a member of David Cameron’s cabinet, renowned economists, and very successful entrepreneurs, the result was one of the best FMRS stops ever. 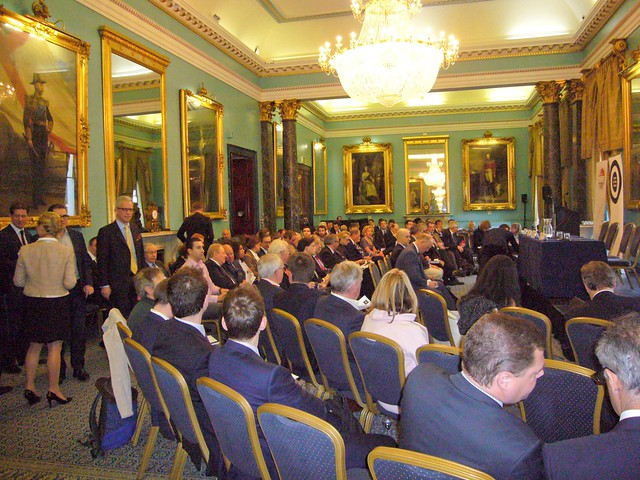 Nonetheless, the local organizers had to face a problem almost throughout the whole event. Namely, the constant need for more chairs in the room.

Cato Institute Senior Fellow and international economic expert Dan Mitchell gave the event’s first keynote speech. He warned Europe about what he called the “new normal” in economic growth – less than one per cent. He emphasized that you do not have to be a mathematical genius to realize that with these rates, doubling the GDP would take at least seventy years. To make his point even more clear he reminded the audience that Singapore and Jamaica had very similar standards 40 years ago.

Ironically, Mitchell placed his hopes in the World’s bad examples. The Venezuelas of the world pay a huge epistemological service to rest of the countries. “We have bad role models in the world. These guys can teach us a lot”, said the American economist and added, “the world is a laboratory. The different experiments teach us. Welfarism and punitive taxes have visible results”.

In this same line, Simon Walker expressed that “Europe has to have a conversation with itself about the kind of life she wants to have”.

Hancock’s intervention started by criticizing the opposition. They do not talk about enterprises and do not even mention them, claimed the young minister. 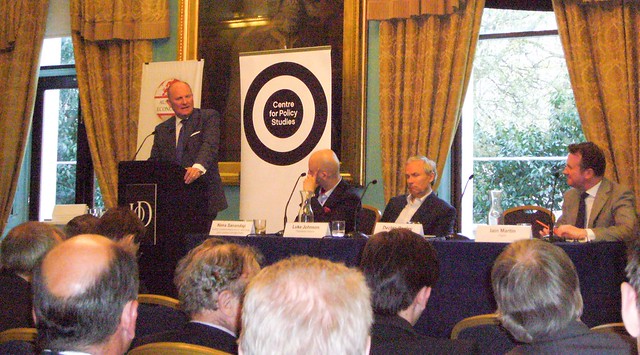 He also made the moral case for Capitalism in Great Britain. “Business is about solving people’s problems”. He also remarked that a capitalist context leads people to improve themselves in order to achieve by serving their fellows’ needs: “Free markets are about going the extra mile to get the job done”.

Finally, Panel II was devoted to the challenges of today’s economy.

Nima Sanandaji (Timbro) shocked the audience when he said that “Piketty was right”. His point was that he is right… only for France. Indeed, in that country it might be true that due to the burden of regulations and taxation, old money “devours” new money. But more free market oriented economies, such as the United States, show a completely different picture.

Then came the turn of successful Irish entrepreneur Declan Ganley. He presented a full frontal assault on cronyism. “The enemy of capitalism is corporatism, bail outs. The bail outs were a catastrophe for free markets”. Let it be noticed that Ganley does not talk about so-called “crony capitalism”. Cronyism and capitalism are antithetical and should be disassociated, he believes.

He also had time to deplore that many European firms which “are better with corporate social responsibility than with innovation”.

He finished his remarks making the case for a tax system simplification across Europe: “Flat-tax is something that everybody can understand. On the contrary, today we need an army of accountants to defend us from the tax codes”.

Finally, FMRS Director Barbara Kolm closed the event with remarks regarding the “much needed reforms” in Europe. From smart-regulation to the need of IP protection and strong enforcement of property rights in general, she said that Europe -Continental Europe in particular- has still a long way to go.